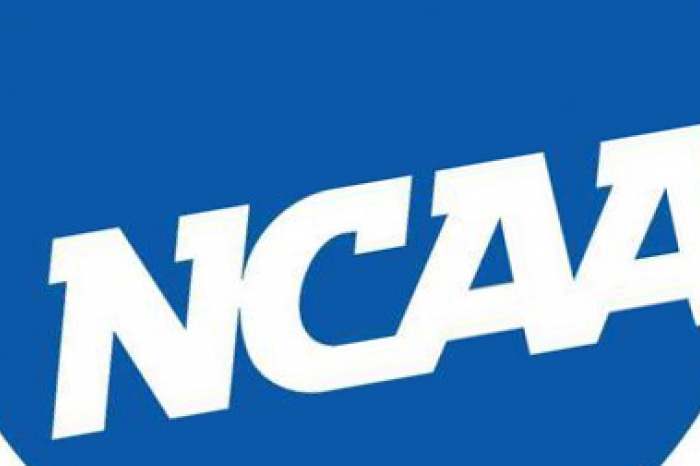 Students in the Sport Facility and Event Management course (SMGT 334) were treated to a high-profile guest lecturer on Thursday: Jenny Carnes, executive director of the San Antonio Local Organizing Committee (SALOC), the group charged with planning, executing, and evaluating the 2018 NCAA® Division I Men’s Final Four® on behalf of the city of San Antonio. The event is expected to generate $85 million of economic impact for the city and have more than 70,000 fans at each of the three games to crown a national champion of Division I college basketball.

Assistant Professor Rick Smith worked with Carnes on several events when he was assistant athletics director at University of the Incarnate Word, a Division I university in San Antonio. “Jenny is a dear friend and colleague who I had the pleasure of working with before moving to Marietta," Smith said. "She is a top-notch sports professional and her background resonates well with Marietta College students: a student-athlete in college, from a small private university, who graduated with an undergraduate sports management degree and started as an unpaid intern with the local sports commission, and is now leading the efforts for the city of San Antonio to host the NCAA® Men’s Final Four® in 2018.”

Carnes talked to the students about how the city won the bid to host the 2018 Men’s Final Four®, the fundraising needed to host the event, the logistics of transportation and lodging, the make-up of the SALOC committee, the concerts and community events associated with the Final Four®, and the security operation needed to make the event safe.

She also answered questions from the students about what her group looks for when hiring interns.

Carnes’ resume while working with the sports commission also includes hosting and execute large-scale events, including the Rock ‘n’ Roll Marathon & ½ Marathon Series, other NCAA® championship events such as the Division I Men’s and Women’s Final Four® , volleyball championships, soccer championships, swimming championships, and fencing championships, practice sessions for the US Olympic Swim Team in 2016, and community based programs aimed at increasing youth participation in sport, including adapted physical activity and sport. She also helped to start the city’s large-scale “Corporate Cup” event, an annual competition among 50+ companies and 5,000+ employees in field day event such as tug-of-war, a 5k race, a dodgeball tournament, and 10 other competitions.

“The sports industry is becoming increasingly competitive. By connecting students with industry professionals while they are undergrads through these types of Q&A sessions, it begins to build their professional networks,” Smith said. “One day in the (hopefully near) future, we hope to have Jenny on-campus to talk with sport management majors, the Sports Business Association student group, student-athletes, and other student groups who would be motivated by her experience. Her message will resonate across a wide variety of majors and students. Having a high-level industry professional such as herself on-campus would be a true honor.”