Alumnus appointed as graduate student trustee on Bowling Green’s board 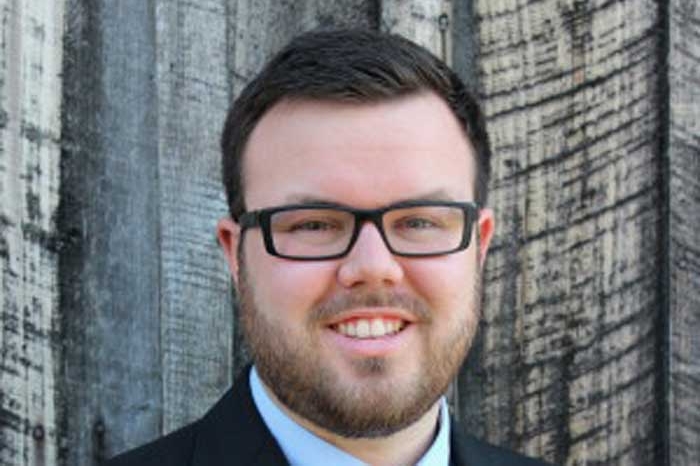 If there’s one lesson that resonated most strongly with Cody Clemens ’13 during his time in the McDonough Leadership Program, it’s this: “Give back the gift.”

“With any role I will ever take, that’s always going to be in the back of my mind,” he said. “They really instilled that in me.”

Though it’s only been three years since Clemens earned a degree in Organizational Communication and Public Relations from Marietta College, he’s ready to apply that seminal lesson. On May 27, the Malta, Ohio, native was appointed by Gov. John Kasich to a two-year term as the graduate student trustee for Bowling Green State University’s Board of Trustees.

The appointment is far more than simply acting as a voice for graduate students, though. Clemens will also serve on the Financial Affairs/Facilities committees for the 2016-17 school year, in addition to acting as a liaison for The College of Arts & Sciences and Research/Graduate College.

And though the role is certainly new and challenging, it isn’t exactly without a precursor. While at Marietta, Clemens served as a member of the Student Senate, which allowed him to sit in on a few Board of Trustees meetings.

His first board meeting as the graduate student trustee arrived in late June, and around that time he also attended a Golden Falcons dinner with various alumni. Throughout the upcoming 2016-17 school year, Clemens said he plans to attend the graduate student senate meetings “just to be that fly on the wall and really listen to what they’re saying, so I can take those concerns to the board during our September meeting.”

Dr. Gama Perruci, Dean of McDonough Center and McCoy Professor of Leadership Studies, said the fact that the governor tapped Clemens for this role is a great testament to what the College is doing with the Leadership Program. When students like Cody come to the program, Perruci said, the McDonough Center not only seeks to develop that student’s gifts but to also stress how those gifts can be turned around.

“We stress, ‘Leadership for what?’ ” Perruci said. “We hope it will be something in service of a greater good. This is a great example of Cody heeding that call.”

For Clemens, the choice was obvious. After all, where would he be today were it not for Marietta College?

“I always talk about Marietta,” Clemens said. “I had the best time when I was there, and I’m very fortunate to call it my second home. They gave me a lot of opportunities I may not have gotten anywhere else. They encouraged me to step up, take some leadership positions and step outside of my comfort zone.”