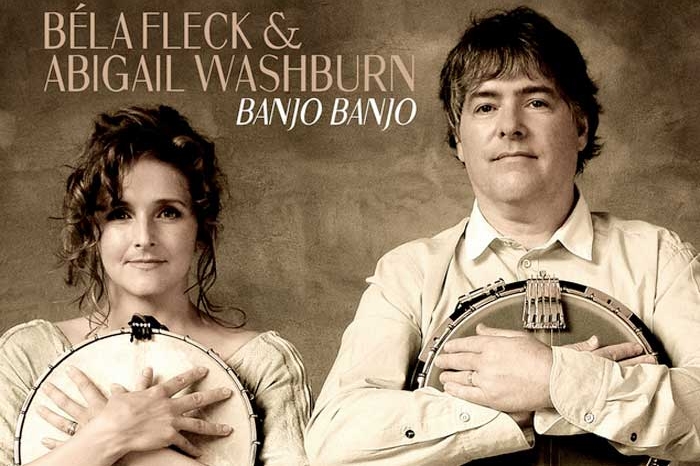 Banjoists Béla Fleck and Abigail Washburn, who are also husband and wife, will take the stage at the Peoples Bank Theatre at 3:00 p.m., Sunday, October 9th, as part of Marietta College's Esbenshade Series.

Tickets for a concert featuring Fleck and Washburn would typically cost between $25 to $60, but thanks to the Frederica G. Esbenshade Memorial Fund, which provides annual income for the purpose of bringing lectures, performing artists or programs of diverse nature to the campus for public appearances, this performance is free. In fact, all Esbenshade Series performances are free. The endowed fund was established in 1980 by Harry H. Esbenshade, Sr. and Harry H. Esbenshade, Jr., husband and son, respectively, of the late Mrs. Esbenshade of Uniontown, Pennsylvania.

However, all of the tickets for the Fleck and Washburn performance are "sold out." Anyone interested in future Esbenshade performances should go to the Peoples Bank Theatre website to free tickets.

For those who have tickets to the October 9th show will be impressed by the talent on stage. Fleck is known for his viruosic, jazz-to-classical ingenuity and as an iconic instrumentalist and composer with bluegrass roots. Washburn's style is a little different. She brings the earthly sophistication of a postmodern, old-time singer-songwriter to the mix.

Their performances embrace a diversity almost unthinkable — coming from just two banjos and one voice. Fleck, a 15-time Grammy winner, has collaborated with Chick Corea, Oumou Sangare, Zakir Hussain, Edgar Meyer, Dave Mathews, Earl Scruggs, and the entire Cleveland Orchestra. Fleck and Washburn won the 2016 Grammy for Best Folk Album. Washburn, an alumnus of Uncle Earl, the powerhouse all-female stringband, has adopted China as a second homeland. Her music is a blend of Appalachia and Chinese cultural. Together, Fleck and Washburn employ the relatively rare three-finger and clawhammer banjo duet.

Fleck and Washburn have collaborated in the past, most visibly in their Sparrow Quartet with Casey Driessen and Ben Sollee. Until last fall, though, any performances they gave as a two-piece were decidedly informal, a pickin’ party here, a benefit show at Washburn’s grandmother’s Unitarian church there. It was inevitable and eagerly anticipated by fans of tradition-tweaking acoustic fare that these partners in music and life (who married in 2009) would eventually do a full-fledged project together.