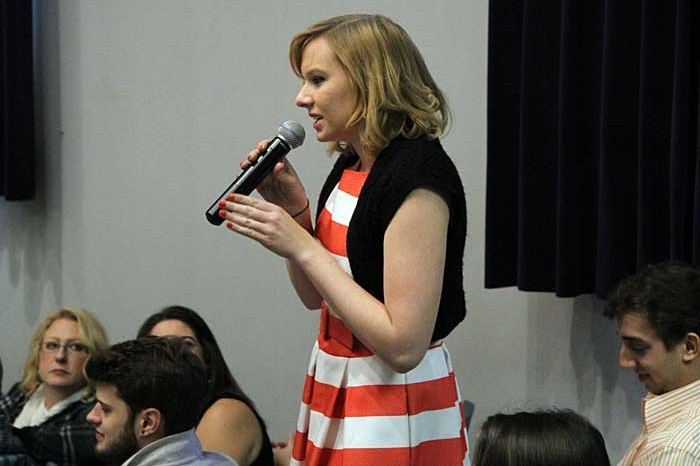 A few students were emotional, others were smiling ear to ear and a couple just wanted to hand the microphone off to the next person.

That’s typically how Marietta College’s annual December Graduation Celebration — an informal event to acknowledge the newest members of The Long Blue Line. Twenty-one of the possible 46 graduates participated in the celebration that took place Sunday, December 11, in the Alma McDonough Auditorium.

Some of the graduates may have participated in the May 2016 official graduation ceremony, while others may wait and walk with other classmates during the 2017 Commencement on May 7.

President William N. Ruud welcomed the nearly capacity crowd, while Provost Janet Bland talked to the graduates about new beginnings. The graduates also received an alumni greeting from Kevin Knab ’12 and when the ceremony was complete most in attendance walked to the President’s House for a reception.