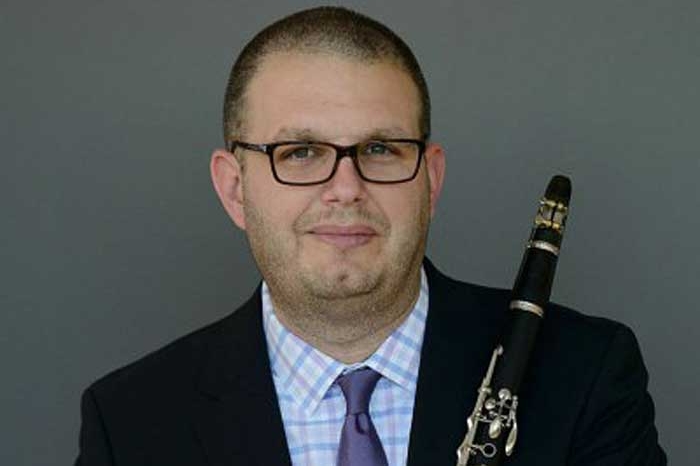 The recital is free and open to the public.

The Edward E. MacTaggart Department of Music is hosting Paglialonga.

The periodical, The Clarinet, describes Paglialonga as “a phenomenal musician … our next prodigious clarinet performer and pedagogue.”

As a performer he has appeared on four continents and regularly appears throughout North America and abroad. His performances have been heard on National Public Radio, the CBC in Canada, as well as several other regional radio and television stations. He has visited dozens of universities to present recitals and classes, and is regularly invited to perform at venues around the world.