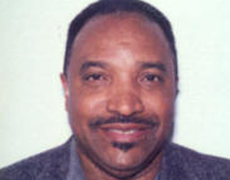 Dr. Henry “Doc” Holliday ’70, who has more than 35 years of experience in both higher education and public school education, will deliver the keynote address at Marietta College’s 181st Founders Day on Feb. 18.

Founders Day will begin at 7 p.m. with the presentation of faculty awards in the Alma McDonough Auditorium.

Holliday, who served as principal at Campbell Middle School in Smyrna, Georgia, from 2000-05, is expected to speak about his experiences in education. He started as a teacher for Oberlin City Schools in 1970 and eventually became principal at Yellow Springs High School from 1977-91.

Holliday has dedicated himself to education, having spent much of his career as a middle school and high school administrator in Ohio and Georgia and then as a faculty member at Kennesaw State University. He has also dedicated a great amount of time and effort to working with young people in helping them identify and articulate their values and life goals.

His schools have long been characterized and recognized for exceeding academic expectations because of his willingness to take acceptable risk, his sensible and savvy leadership talents, and his success as a change agent. He earned his Ph.D. in educational leadership from Ohio State University, where his professors selected him as the top scholar in his class. He has presented many cutting-edge ideas at numerous state, regional, national and international conferences across the United States.

He has served as a classroom teacher (rural) and as principal of both middle and high schools. He has been an assistant superintendent for school improvement for the Cobb (Georgia) County Public School District (suburban), as well as chief of staff for the Atlanta Public Schools (urban).

Doc Holliday is considered a leader in developing innovative, data-driven programs for high-risk, under-performing schools with diverse populations. One of his most important contributions to public education is having produced more than 50 educators who have gone on to become successful principals and university leaders across the United States. He believes that public schools must learn how to take advantage of uncharted opportunities and how to stretch the few resources that are within their control. He is also a sought-after lecturer and presenter because of his wealth of knowledge in the field of education over the past 30 years.