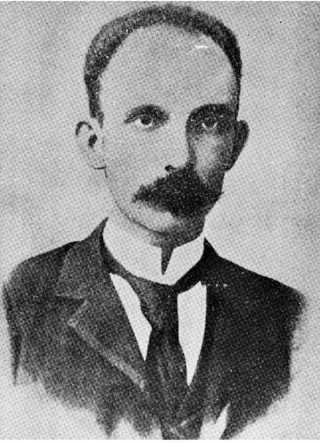 Marti was born in Havana in 1853. At 17 he was exiled to Spain for his opposition to colonial rule. There he published a pamphlet exposing the horrors of political imprisonment in Cuba, which he himself had experienced. Upon graduating from the University of Saragossa, he established himself in Mexico City, where he began his literary career. In 1878 he returned to Cuba under a general amnesty, but he conspired against the Spanish authorities and again was banished. He fled exile in Spain and came to the United States. After a year in New York he left for Venezuela, where he hoped to settle, but yet another dictatorship forced him to depart. Marti went back to New York where he lived from 1881 to 1895. In that year, he left to join the war for Cuban independence which he had so painstakingly organized. There he died in one of its first skirmishes.

Marti is considered one of the great writers of the Hispanic world. Marti devoted his life to ending colonial rule in Cuba and to preventing the island from falling under the control of any country (including the United States) whose political ideologies were "inimical to the principles he held."