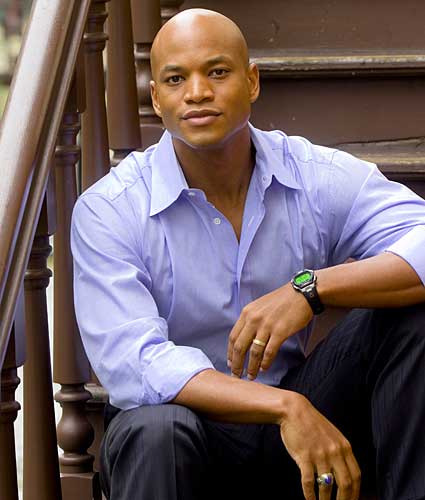 Wes Moore, author of Marietta College’s 2012 Common Reading, The Other Wes Moore: One Name, Two Fates, will speak publicly at the College at 7:30 p.m., Tuesday, Nov. 13, in the Alma McDonough Auditorium.

Moore’s appearance is part of the 2012-13 Frederica G. Esbenshade Series, as well as the College Theme of “Leadership & Social Justice.” The event is free and open to the public.

The Other Wes Moore tells the story of two kids with the same name, living in the same city. One grew up to be a Rhodes Scholar, decorated combat veteran, White House Fellow, and business leader. The other is serving a life sentence in prison for felony murder.

Told in alternating narratives that take readers from heart-wrenching losses to moments of surprising redemption, the book tells the story of a generation of boys trying to find their way in a challenging and at times, hostile world.

He went on to be a paratrooper and Captain in the United States Army, serving a combat tour of duty in Afghanistan with the elite 1st Brigade of the 82nd Airborne Division in 2005-06. A White House Fellow in 2006-07, Moore served as a Special Assistant to Secretary of State Condoleezza Rice. Following his time at the White House, Moore became an investment professional in New York at Citigroup, focusing on global technology and alternative investments.

Marietta College’s Common Reading program is in just its third year. All first-year students are expected to read the chosen book during the summer and then meet with faculty members and other Marietta students during New Student Orientation to discuss it.

2010 — The Immortal Life of Henrietta Lacks (by Rebecca Skloot)