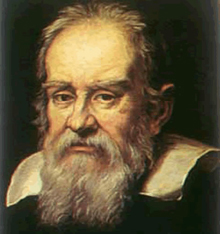 The show being held in February will celebrate the 451st birthday of Galileo with a look at his life and some of his most important scientific discoveries. The Marietta College premiere of this program, will be accompanied by a star talk about the February night sky. Showings are scheduled for 2 p.m., Sunday, Feb. 15, and 7 p.m., Thursday, Feb. 19.

The Marietta College premiere of Chasing the Ghost Particle will occur at 7 p.m., Thursday, March 5. Viewers will learn how scientists at the South Pole are observing some of the most elusive particles known to exist. A star talk about the late winter sky will precede the program. A second showing will be held at 2 p.m., Sunday, March 8.

On Thursday, April 16 at 7 p.m. witness an exploration of the Galaxy’s potential for extraterrestrial life with the premiere of Space Aliens. This show will also include a star talk about the early spring evening sky. A second showing will be held at 2 p.m., Sunday, April 19.

For reservations, please send an email to planetarium@marietta.edu (preferred) or leave a message at (740) 376-4827. Groups larger than 20 are encouraged to schedule a special viewing. Those without reservations will be admitted on a space-available basis.