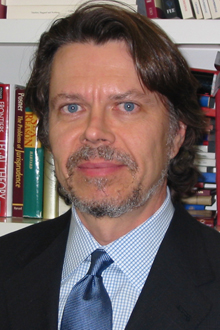 Boudreaux will talk about “Has America’s Middle-Class Stagnated Since the 1970s?” at 7 p.m. in the Alma McDonough Auditorium.

Boudreaux is the Getchell Chair for the Study of Free Market Capitalism at the Mercatus Center at George Mason. He is the author of Hypocrites & Half-Wits (2012) and Globalization (2008).

During his visit to the Mid-Ohio Valley, Boudreaux will also present “Can You Spot the Billionaire? Reflections on Income Inequality,” at the Economic Roundtable of the Ohio Valley.

The ERT’s speaker series is open to its members only. The ERT’s membership is open to all interested individuals at $35 a year. To join ERT, please contact David Mead at dave.mead@marietta.edu or call him at (740) 376-4632. You may find more information on ERT at economicroundtable.org.