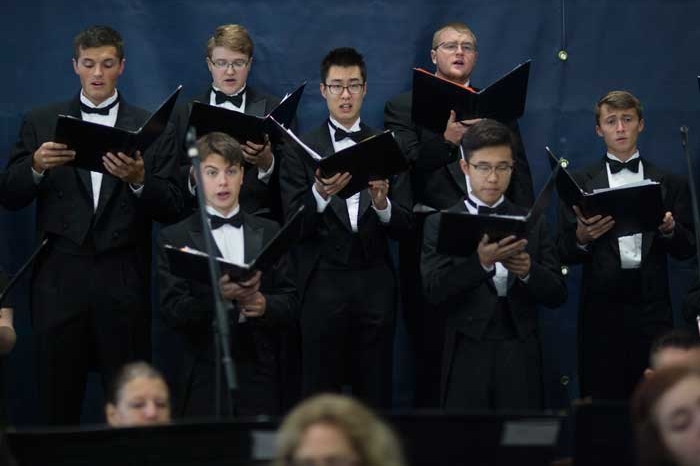 The concert, which is under the direction of new conductor Dr. Jay Dougherty, will feature the Concert Choir and the Women’s Choir performing all types of choral music.

The concert is free and open to the public. Doors open at 7:00 p.m. and seating is on a first-come, first-served basis.

Music for this event will include selections from a variety of time periods, as well as some with choreography, and others with supplemental instrumentation. “I’m the new guy in town, and we’re making some great music,” Dougherty said. “I hope people will want to see how the choirs are doing under new leadership.”

The performance will be held at the First Congregational Church on Front Street, which was built more than 100 years ago and the natural acoustics are great for choirs.

For more information, contact the Edward E. MacTaggart Music Department at (740) 376-4696 or Dr. Dougherty at jay.dougherty@marietta.edu.