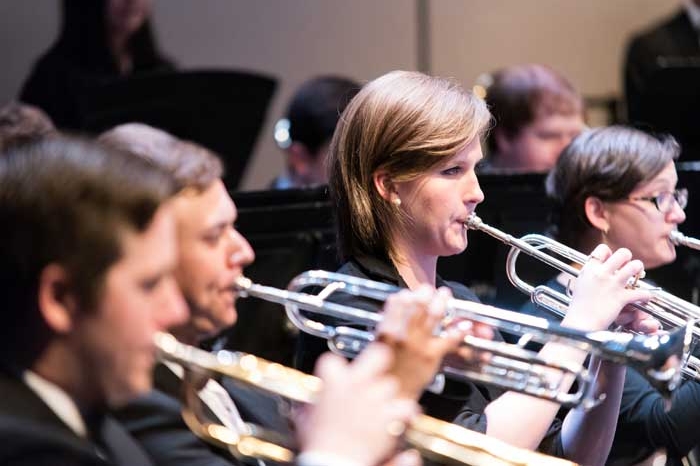 Marietta College’s Edward E. MacTaggart Department of Music is excited to announce it will conduct its annual Fall Band Concert — “Music of Heaven and Earth” — at 7:30 p.m., Tuesday, November 15th, at the Peoples Bank Theatre.

The concert, which is under the direction of Associate Professor Marshall C. Kimball, will feature music from the College’s Symphonic Band and Wind Ensemble. The concert is free and open to the public, but anyone interested in attending is encouraged to reserve a free ticket at peoplesbanktheatre.com. Doors open at 7:00 p.m.

“This concert is going to feature music from as far away as Africa to as close as New York City,” Kimball said. “The Divine Comedy, a symphony for winds and percussion, by Robert W. Smith will include all four movements including The Inferno, Purgatorio, The Ascension and Paradiso.”

In the tradition of the American Wind Band movement, the concert will also include marches by Henry Fillmore and Karl L. King and will conclude with a rendition of America the Beautiful by Carmen Dragon.

“Our goal is to pack the house with a full audience of 940 attendees like we did for our Spring Concert, but with the ticket reservation system at Peoples Bank Theatre people will be able to get seats in advance and be guaranteed a seat,” Kimball said. “This past spring we had to turn away about 100 people, which is not what we want to do.”

For more information, contact the Edward E. MacTaggart Music Department at (740) 376-4696 or Prof. Kimball at marshall.kimball@marietta.edu.