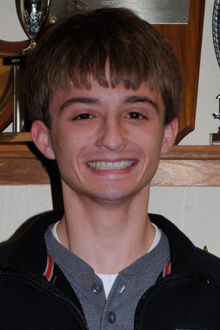 The first-place finish was in the small school category, but the Pioneers placed second overall debate team sweepstakes. The competition was held at Marietta College for the first time.

Reese’s first-place finish in persuasive speaking qualified him for the Interstate Oratorical Association Competition that will be held in Shreveport, La., in April.

“This tournament is only open to the top two persuasive speakers in each state,” said Dr. Tomeka Robinson, Director of Forensics. “Ben is Marietta College’s first entrant into this competition and we know that he will represent Marietta College well.”