Marietta remains one of the best in the Midwest in U.S. News rankings | Marietta College

Marietta remains one of the best in the Midwest in U.S. News rankings 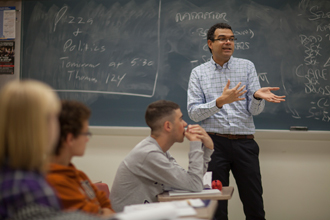 Whether you attended Marietta College in 1985 or you are currently enrolled, one thing has remained consistent — Marietta’s ranking by U.S. News & World Report.

Marietta’s overall score is 79 (on a 100-point scale), and dropped two spots in the rankings after finishing fourth last year. Ranked ahead of Marietta are Taylor (Ind.) University, Ohio Northern University, Augustana (S.D.) College, College of the Ozarks (Mo.) and Dordt (Iowa) College.

Over the past three decades, the U.S. News college rankings, which groups schools based on categories created by the Carnegie Foundation for the Advancement of Teaching, has grown to be the most comprehensive research tool for students and parents considering higher education opportunities.

U.S. News made significant changes last year to the Best Colleges ranking methodology to reduce the weight of input factors and increase the weight of output measures.

In its methodology, U.S. News said, “The U.S. News ranking system rests on two pillars. The formula uses quantitative measures that education experts have proposed as reliable indicators of academic quality, and it’s based on our researched view of what matters in education.”

For more details on these changes, go to www.usnews.com/collegemeth.