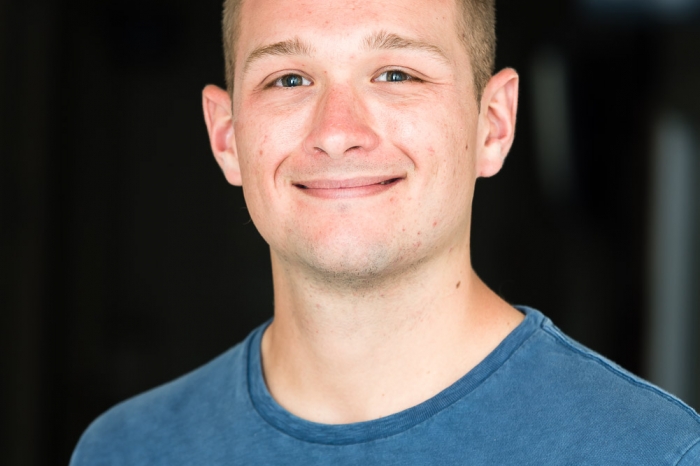 The metamorphosis of Brian Raiff ’17 (Galena, Ohio) during the past four years at Marietta College is something even he couldn’t have predicted.

Raiff arrived on campus in the Fall of 2013 as a 285-pound former football player, who openly admits he didn’t know much about being a petroleum engineer. But four years later, it’s easy to see Raiff is in a great place.

He got himself into to shape by running and eating healthier, and he’s already lined up a job as a rotational engineer with Southwestern Energy in Houston, Texas.

“I guess I wasn’t around my dad’s cooking, so that helped. I also decided I wasn’t happy with my health or my physique,” said Raiff, son of Catherine and Mark Raiff. “My mom was a big inspiration because she was a runner. I just started working out and eating healthier.”

On May 21st, Raiff will prove how much his life has changed during his time at Marietta when he runs in the Rite Aid Cleveland Marathon.

“The best part is I run a little faster than my mom now,” he joked.

It’s not the only thing that is quicker.

“Every year the semesters seem to get shorter, and this year they flew by,” Raiff said. “I was very lucky getting on with Southwestern when I did.”

Raiff is one of about 290 Marietta College students who will graduate on Sunday, May 7th, as part of the 180th Commencement. The ceremony begins at 1:00 p.m. inside the Dyson Baudo Recreation Center. Robert R. Dyson ’68 will give the commencement address.

Like most graduates, Raiff said he can’t believe his four years at Marietta are coming to an end.

“My Marietta experience was a good one,” said Raiff, who will earn a Bachelor of Science in Petroleum Engineering. “I always appreciated the school because you can find your niche no matter what it is. As a freshman, I tried to do everything and it became too much. Starting in my sophomore year, I had to cut back on some things and I focused on the Boys & Girls Club and the (Society of Petroleum Engineers).”

He served as the SPE president one year and he learned some valuable lessons.

“I’m the type of person who wants everything done the way I want it done,” he said. “But at some point Professor (Dave) Freeman told me I need to learn to delegate. So I started to do that and I learned that while it wasn’t being done the way I would have done it, it was still getting done and that was fine.”

Raiff has also gained valuable experience the past three summers interning with Southwestern Energy. He started as a roustabout intern at a drilling camp in Damascus, Arkansas. The next summer was spent in Conway, Arkansas, as a production intern, and last summer he was in Jane Lew, West Virginia, as a facilities engineering intern.

“Southwestern really takes care of its interns,” he said. “They really focus on if you are a fit for the company. From the beginning I liked that about the company. If you put in the hard work, they are going to back you up. I was lucky to have an internship each summer.”

Associate Professor of Petroleum Engineering Ben Ebenhack said Raiff has been an exceptional leader across campus.

“He has been highly engaged in the Engineering Leadership Certificate program. Even in his sophomore year, he did a study of the status of Engineering Leadership professional organizations in the US, to support preliminary planning that Dean Gama Perruci and I were considering,” Ebenhack said. “He has been a very successful leader in the student chapter of the Society of Petroleum Engineers, leading them to a very high level activity this year as President. He does all of this with great independence, consistent good cheer, and while maintaining excellent academic performance.”

Raiff was expected to excel in the classroom since he earned the coveted McCoy Scholarship. The John G. and Jeanne B. McCoy Scholarship Program was endowed in 1998 by John G., Class of 1935 and Jeanne B. McCoy to promote and recognize outstanding academic ability and achievement in an incoming freshman student. The award includes tuition, fees, room, board, and is renewable for four years.

“It made the decision to come to Marietta much easier,” Raiff said. “But earning the McCoy Scholarship is going to have a lasting impact on me from the more boring financial side of graduating without debt, but to the more important side of what it allowed me to do as a student on campus without work study or having to support myself. My experience at Marietta has been amazing, and being a McCoy Scholar is a big reason why.”