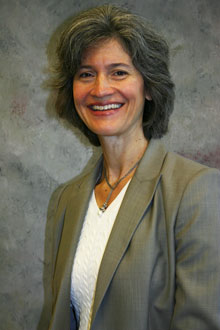 “I was so surprised to hear that I had been nominated from the national office,” said Price, Associate Professor of Media Studies. “It’s truly an honor.”

The award is given to an adviser who has advised a chapter (new or existing) for a period of no longer than six years and no shorter than two years. The purpose of the award is to recognize a new and energetic member of the SCJ family.

“I had the pleasure of visiting the beautiful Marietta College campus for a conference before Joan started there,” Earnheardt said. “Because I’m interested in student media I asked our hosts about their campus newspaper and was told that it was in a transition period. I was happy to see it a few years later, winning awards as part of our National Contest. I’ve never met Joan, but I picture her stepping into the job, getting the paper up to speed and being the energy her students needed to excel. I look forward to seeing what her chapter does in the coming years.”

Price said she was honored to be nominated, but wanted to pass along praise for the students who played a role in helping the chapter flourish.

“I think one of the greatest things about my involvement with the SCJ chapter is getting to know the range of students who have been members and seeing how they’ve flourished,” Price said. “One student organized a fundraiser for the Student Press Law Center. Another was a finalist for Student Journalist of the Year. Our members have done internships at national magazines, network television shows, major corporations, newspapers, sports teams, websites — in Marietta and Parkersburg, in Columbus and Cleveland, in Pittsburgh and New York City, in Ghana and Beijing. We have journalism majors who’ve gone on to graduate school at Missouri and Northwestern universities. And those who have found their place in the business as newspaper reporters and magazine writers, as well as in allied fields.”

Since Price joined Marietta College in 2009, she has worked tirelessly to re-establish the SCJ chapter in response to student interest.

“Our chapter has been able to provide recognition of outstanding academic performance through the national journalism honorary,” she said. “Since that time, we have inducted many journalism majors and minors into the honorary, as well as students in other majors who achieve the required GPA and are active in student media — the society is open to all.”