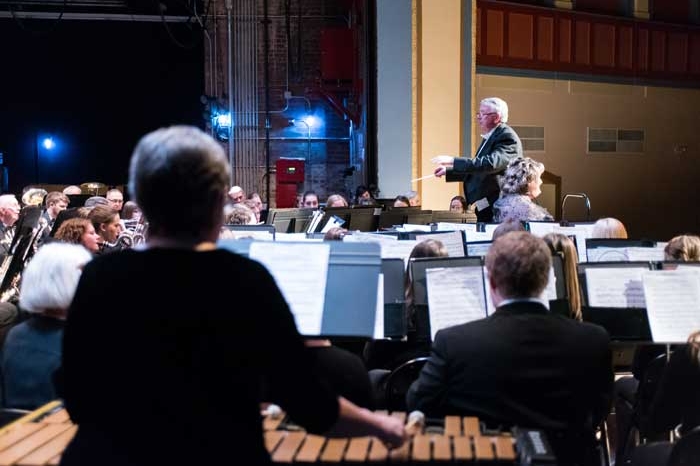 Marietta College’s Edward E. MacTaggart Department of Music is excited to announce it will conduct 12 concerts — as well as a piano festival — during the 2016-17 academic year, including the 90th annual performance of Handel’s Messiah.

It all starts with the Fall Choral Concert at 7:30 p.m., Friday, Oct. 28, at the First Congregational Church, 318 Front St., Marietta. This concert will feature the Marietta College Concert Choir and Women’s Choir. The Concert Choir is a select chorus requiring an audition, which also participates in a concert tour during the week following graduation in May. The Women’s Choir is open to all female singers, and even includes some Marietta College faculty.

The Fall Jazz Concert is an opportunity for the community to hear the Jazz Ensemble perform its first show of the year. It is scheduled for 7:30 p.m., Tuesday, Nov. 8, in the Alma McDonough Auditorium.

December is a busy month for the music program as it hosts four events: the second annual Children’s Choir Concert at 7 p.m., Thursday, Dec. 1, at the First Congregational Church; Messiah at 7 p.m., Sunday, Dec. 4, at The Basilica of St. Mary of the Assumption, 506 Fourth St., Marietta; the annual Tuba Christmas program at – which is organized and rehearsed all in one day – at 4 p.m., Saturday, Dec. 10 in the Alma McDonough Auditorium; and Christmas with the Concert Choir at 7 p.m., Sunday, Dec. 11, at the Basilica.

There are no College concerts scheduled in January, but the Concert Choir will host its annual dinner and auction, with some exciting new additions, on Friday evening, Jan. 27. The College will also host the Ohio Private College Instrumental Conductor’s Association Honor Band Concert at 1:30 p.m., Sunday, Jan. 29, at the Peoples Bank Theatre. The concert features band members from 23 Ohio colleges.

Also in April is the Leader in Residence Arts Advocacy Project with Donna Collins, Director of the Ohio Arts Council and former Executive Director for the Ohio Alliance for Arts Education, from April 21-22. There is also an Opera Workshop scheduled for those two days as well.

The season wraps with the Marietta Children’s Choir Spring Concert at 7 p.m., Thursday, May 4, at the First Congregational Church.