One-day forum to explore Asia and Latin America on campus

The organizers of Marietta College’s forum — Global South: Asia and Latin America — believe it may be the first ever conducted at a U.S. liberal arts college.

Jiménez says he hopes through this forum that participants can learn more about the connections between Asia and Latin America as well as envision how these connections might develop in the future.

“With the Global South Forum, we are seeking to better understand, and share with our students, the enduring relationships between different countries in Asia and Latin America,” Jiménez says. “These relationships often seem as if they are a result of the era of globalization that began in the late 20th century and continues until today. But they are a part of, and a response to, worldwide shifts in the economy, society, politics and culture over the last several hundred years.”

Tong and Jiménez organized the forum in the spirit of the College’s 2013-14 academic theme of Internationalization: Global Perspectives. The Forum, which is co-sponsored by Asian Studies and Latin American Studies programs, will bring together faculty experts on and outside of campus from an array of disciplines to discuss the key issues of the Global South — Asia and Latin America in particular — that have drawn increasing attention from scholars and political and business leaders around the world.

“Over a decade ago, the College launched the first Asian Studies symposium in the country that was exclusively for undergraduate students,” Tong says. “The upcoming Global South Forum, once again, is a showcase of Marietta College as a pioneer in providing quality education in internationalization and diversity on campus. It is another campus-wide effort to bring the College to distinction through area studies in Asia and Latin America.”

Tong says the Forum will focus on the effects that the growing, dynamic relationships between countries in Asia and Latin America have on how we understand politics, the economy, the environment leadership, and the literature and culture within and between these two important world regions. In particular, the Forum will seek to show how these two regions are becoming more and more interconnected, with the result that influence from the United States and Western Europe is diminishing. 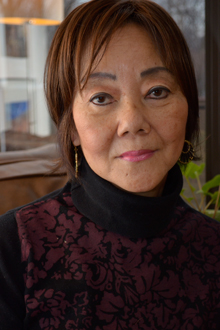 ​The Forum keynote speech by Dr. Evelyn Hu-DeHart will be “Spanish Manila: The First American Chinatown.” Hu-DeHart is Professor of History and Director of the Center for the Study of Race and Ethnicity in America at Brown University. Tong says Hu-DeHart often describes herself as a multicultural person who speaks several languages (including English, Chinese, French, and Spanish) and moves easily among several cultures. Her professional life has focused on what Cuban historian Juan Perez de la Riva calls “historia de la gente sin historia.”

In addition, there will be five speeches on topics related to the Forum’s subject. To conclude, there will be a round-table discussion on the challenges and opportunities facing the Global South.

“The Forum will help to bring to the campus community in-depth understanding of Asia and Latin America and insights into the new dynamics of the relationships of Asian and Latin American nations,” Tong says. “Knowing more deeply the new relationship and the pressing issues of politics, the economics, environment and culture in the two regions will help us approach new global realities with evidence-based research and rich cultural knowledge, and to contextualize our place in the world system.”

All Forum sessions are free and open to the public.