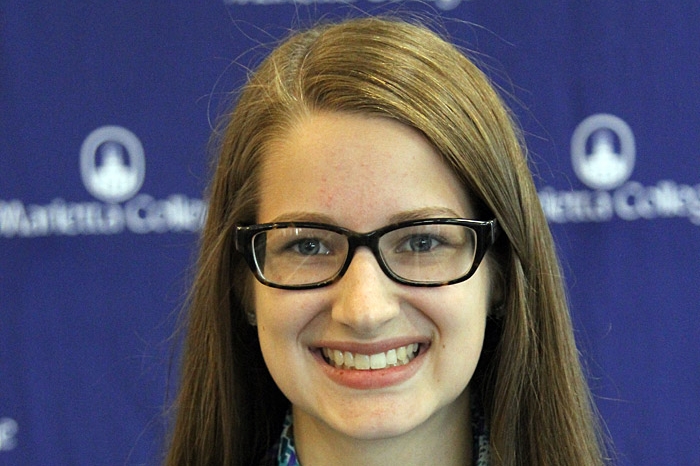 Paige Berschet ’18 (London, Ohio) was elected by Marietta College’s student body to be the Student Government Association’s President for 2017-18.

“It was an extremely hard fought and close race, and I’m proud of the other students who ran for executive board positions because we had a turnout of 400 students to vote,” Berschet said. “I’m extremely excited to be able to start working on many different initiatives based on student concerns. Some of the things I would like to work on in the coming year are dining, diversity and inclusion, student morale and pride, transparency and communication between faculty, among many other things.”

Berschet said she would also like encourage students to reach out to SGA members with any concerns.

Mathew Johnson ’19 (Marietta, Ohio) was chosen to be Vice President and Cody Alderman ’18 (Ripley, West Virginia) was picked as Treasurer.