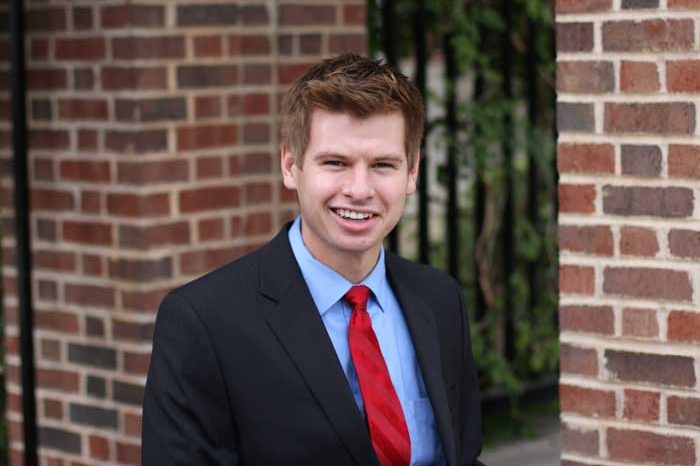 That’s the percentage of CPA candidates who won the 2015 Elijah Watt Sells Award — given to those who obtained a cumulative average score above 95.50 across all four sections of the Uniform CPA Examination, passed all four sections on their first attempt and completed testing in 2015.

George Bloomfield ’14, who earned a Bachelor of Arts in Accounting at Marietta, was one of 75 to receive the honor. A total of 93,742 people took the test in 2015. He is the second Marietta graduate since 2011 to earn the honor. Cody Meglio ’11 also earned that distinction shortly after he graduated.

“I finished the exam back in August and I had a good feeling what the criteria was, but I wasn’t completely certain so I didn’t want to overreact,” Bloomfield said. “I had to wait seven months, but when it finally came out I was excited because I was shooting for it.”

Bloomfield, who earned a Master of Accounting from Ohio State’s Fisher College of Business, is an Assurance Staff at Plante & Moran in Columbus. His accomplishment didn’t go unnoticed by management at the firm.

“Once I got it, I wasn’t too sure what the reaction would be from my colleagues,” he said. “It was way better than I ever thought. All of the partners and co-workers reached out to me. I got some pretty cool perks, like breakfast with the firm’s managing partner.”

Grace Johnson, McCoy Professor of Accounting, was not at all surprised by Bloomfield’s accomplishment.

“He came to us with an incredible work ethic even as a first-year student,” Johnson said. “George took advantage of every opportunity the Marietta accounting program, accounting faculty and B&E Department offers to students, and made the most of his years here. In his master’s program at the Fisher School of The Ohio State University, he had the chance to learn and develop at a new and more advanced level of professionalism.”

Despite his success in and out of the classroom at Marietta, Bloomfield had doubts about his preparedness for graduate school.

“I wasn’t sure how I would compare to the other students in the program at Ohio State … many of them had come from bigger schools,” he said. “I was blown away by how well Marietta College had prepared me for graduate level classes and how well I fit in with the other students. I even felt I was able to separate myself in certain classes with my knowledge of accounting principles learned while at Marietta.”

Bloomfield said he had a bit of a chip on his shoulder when it came to finding a job.

“It seems like, coming from a smaller school, that you don’t get recruited like the students at Ohio State and other big schools,” he said. “This reinforced my belief that Marietta College offers one of the best educations in the nation. There is no doubt in my mind that Marietta is better at preparing students for a job or graduate school.”