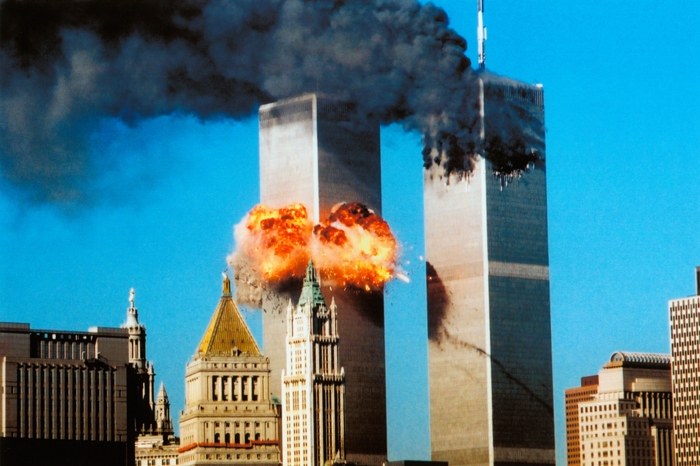 As the nation remembers those who died during the terrorist attacks of Sept. 11, 2001, Marietta College will also pay tribute to the 15th anniversary this fall.

Marietta College presents “Remembering September 11, 2001” is a display of 200 powerful and poignant photographs that document the attack of the World Trade Center and the days that followed from Sept. 8-25 in Gallery 310 in the Hermann Fine Arts Center. The photo exhibition will open with a special program that features Dr. Mike Tager, Professor of Political Science, from 7-9 p.m. on Sept. 8.

“On September 11, 2001, 19 militants affiliated with the Islamic terrorist group Al Qaeda hijacked four commercial airplanes and launched suicide attacks against the World Trade Center in New York City and the Pentagon in Washington D.C.,” Tager said. “Approximately 3,000 people died in the attacks. In response the United States began a War on Terrorism, which continues to profoundly affect foreign policy, military involvements, domestic civil liberties, and many other aspects of American life.”

Contributed by professional and amateur photographers, this collection of photos represents a “democracy” in that anybody and everybody took them. Photographs by world-famous photographers hang next to the pictures by police officers, firefighters, business people, housewives, schoolteachers, construction workers, and even children.

The photos are displayed anonymously and hang informally, without frames, from wires stretched across the gallery’s walls.

The exhibit will be available from 9-5 p.m. Monday through Friday and 1-5 p.m. on Saturday and Sunday. It is free and open to the public.