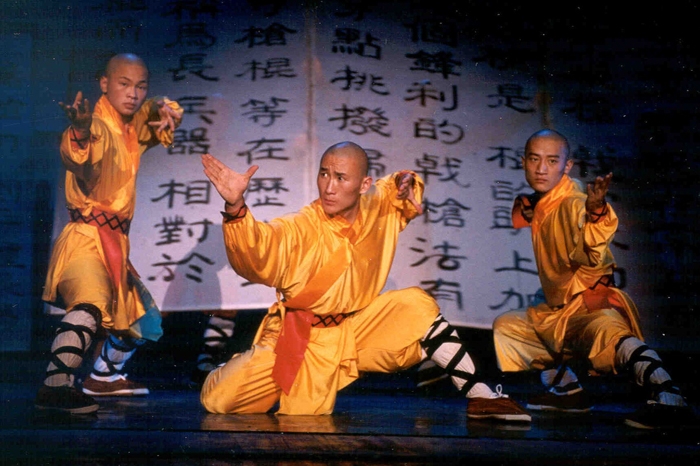 The return of the Esbenshade Series this semester brings with it the chance to witness a theatrical production of world-renowned Kung Fu when The Shaolin Warriors take the stage at the Peoples Bank Theatre at 7:30 p.m., Sunday, March 5th.

Tickets for this show are sold out.

The Shaolin Warriors are known throughout the world for their martial-arts prowess. Beginning at a very early age, the Warriors are trained in mental and physical disciplines that allow them to perfect the art of hand-to-hand and weapons combat. Such skill allows these Kung Fu masters to perform stunning, spectacular feats of athleticism.

In Shaolin Warriors: The Legend Continues, such thrilling Kung Fu feats will be fused with Zen culture, highlighted by atmospheric music, masterful choreography and beautiful lighting.

Though The Legend Continues features many forms of Kung Fu, it is more than just a Kung Fu show.

It’s a strength-through-adversity story told in a breathtaking extravaganza that follows the journey of two children’s initiation into a historical monastery and their eventual achievement of full-fledged warrior status.

Shaolin Warriors have toured regularly around the world, from the United States to Canada, Australia, New Zealand, the United Kingdom, Ireland, Switzerland and Serbia.

It is because of programs such as the Esbenshade Series that members of the Marietta College and local community are able to witness such awe-inspiring feats of athleticism, like the Warriors’ unmatched ensemble synchronization and their disciplined use of 18 traditional weapons, that have wowed millions across the globe.

“The Shaolin Warriors’ performance as a part of the Esbenshade Series underscores the series’ commitment to bringing a variety of entertainment to the Marietta College community, the city of Marietta, and the surrounding areas,” said Tanya Wilder, Director of the Esbenshade Series. “This exciting program will captivate the audience and provide those who attend to experience what our series has to offer, as well as the incredible gift the area has in the Peoples Bank Theatre.”

Though there will be far fewer deadly weapons involved, the final performance of the Esbenshade Series this year will be no less entertaining.

At 7:00 p.m., Sunday, April 23rd, the Branford Marsalis Quartet will be joined by guest-vocalist Kurt Elling in a singular collaboration of musical forces at the Peoples Bank Theatre. Tickets for this show are also sold out.

After an intense week of performances and recording in New Orleans, this partnership has resulted in a new album, entitled Upward Spiral. Comprised of a blend of Songbook staples, jazz standards, and standards-to-be from a diverse array of composers, every track on Upward Spiral confirms the beyond-category strengths of both the Quartet and Elling.

The addition of Elling’s deep jazz vocabulary, technical versatility, and outstanding intonation enables the tight-knit working band to perform a variety of material in new ways.

Energized by the artistic promise of this collaboration, the band members have all contributed new arrangements to perform with this special line-up.

Although following the format of a standard jazz quartet with vocals, the collaboration between jazz’s most intense band and one of jazz’s foremost singers should prove to be anything but standard.