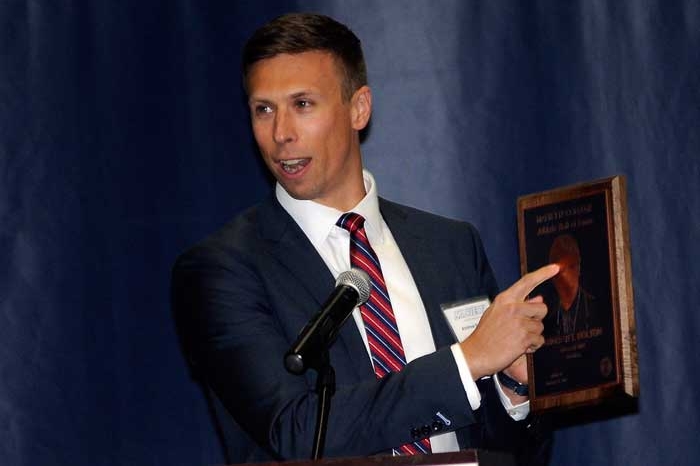 The highlight event of Winter Weekend is always the induction of the Athletic Hall of Fame class, but there are multiple other reasons to trek back to Marietta College for the annual celebration that is being held on January 20-21.

Brandee Norris, Executive Director of Annual Giving and Alumni Engagement, said the emphasis is on alumni who competed in varsity athletics, but alumni who didn’t play sports at Marietta have also enjoyed coming back for this event.

“Winter Weekend is a great opportunity for alumni to come back and root on the Pioneers in a basketball doubleheader, but also a chance to reconnect with their Marietta friends and former classmates,” she said. “We are excited to see so many people have registered for events and will travel back to campus for the weekend.”

The festivities get underway with the Women’s Alumni Basketball game at 7:00 p.m., Friday, January 20th. Former players from the 1970s up to last year’s squad will split up into teams and flash some skills on Fenton Court.

Immediately following is the Alumni Volleyball game at 8:00 p.m. and the Alumni Reception will kick off at 8:30 p.m. and continue until 10:30 p.m. at the Marietta Brewing Co. at 167 Front St.

It’s a full schedule on Saturday, January 21st, as the annual Men’s Alumni Basketball game tips off at 9:30 a.m. on Fenton Court. That leads into two critical Ohio Athletic Conference games with the women taking on John Carroll at 1:00 p.m. and the men trying to avenge a loss against the Blue Streaks at 3:00 p.m.

Everyone then gets a chance to freshen up and head over to the indoor track at the Dyson Baudo Recreation Center for the Hall of Fame banquet. The cocktail hour begins at 6:00 p.m. and the banquet starts promptly at 7:00 p.m.