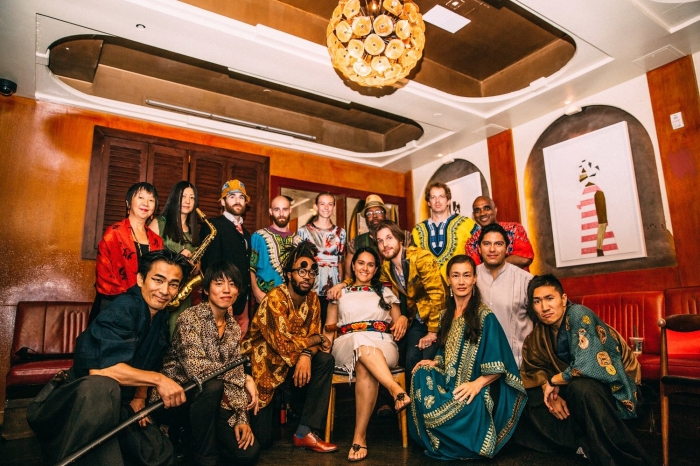 AYMC's work has been influenced by West African, global Indigenous and East Asian musics. The Afro Yaqui Music Collective has been acknowledged by the New York Times as “furthering [Ho’s] musical legacy,” and the band plays at an eclectic set of venues over the country including through Lincoln Center and Red Rooster in New York City, the Kennedy Center in Washington, D.C., the Free Library of Philadelphia, the University of Pittsburgh, the University of Vermont, as well as several venues in Mexico and Cuba.

The AYMC is co-led by Gizelxanath Rodriguez, a Mexican operatic vocalist of Yaqui indigenous descent who is an internationally performing soprano and activist, and the recipient of a 2014 ACE Award.  This night, topped with beautifully arranged and culturally diverse performances, is sure to please all members of the campus and community. The event begins with mocktails and refreshments at 6:30 p.m. and the performance starts at 7:00 p.m. This event is free and open to the public.

This event is sponsored by the Asian Studies and the Latin American Studies Program, with support from the Office of Diversity and Inclusion, the Music Department and the Office of Education Abroad. More information on the band and videos of performances can be seen at http://afroyaquimusiccollective.com/.