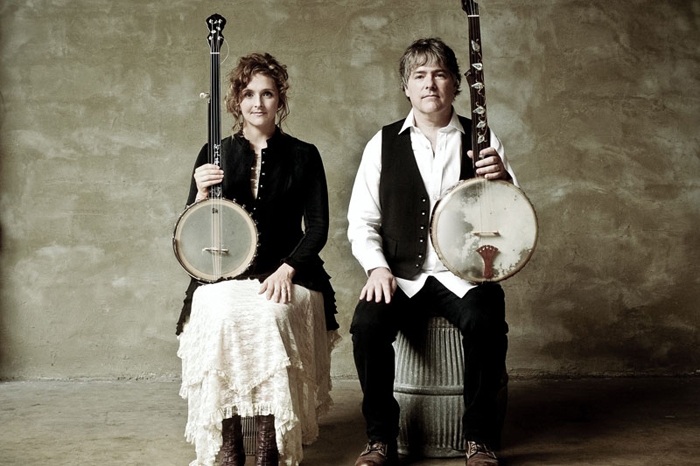 The Esbenshade Series at Marietta College will have its performance kick off with Béla Fleck and Abigail Washburn in concert at the Peoples Bank Theatre.

Sure, in the abstract, a banjo duo might seem like a musical concept beset by limitations. But when the banjo players cast in those roles are ABIGAIL WASHBURN AND BÉLA FLECK—she with the earthy sophistication of a postmodern, old-time singer-songwriter, he with the virtuosic, jazz-to-classical ingenuity of an iconic instrumentalist and composer with bluegrass roots — it’s a different matter entirely. There’s no denying that theirs is a one-of-a-kind pairing, with one-of-a-kind possibilities.

Fleck and Washburn have collaborated in the past, most visibly in their Sparrow Quartet with Casey Driessen and Ben Sollee. Until last fall, though, any performances they gave as a two-piece were decidedly informal, a pickin’ party here, a benefit show at Washburn’s grandmother’s Unitarian church there. It was inevitable and eagerly anticipated by fans of tradition-tweaking acoustic fare that these partners in music and life (who married in 2009) would eventually do a full-fledged project together.

Enjoy this matinee performance, which is free and open to the public.