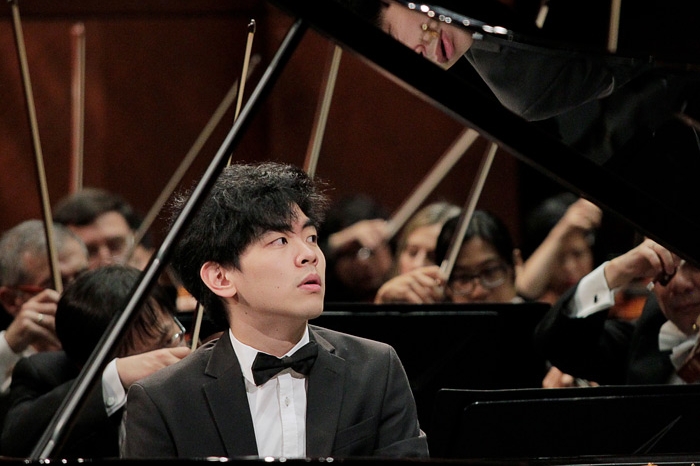 Hsu began taking piano lessons when he was just 6 years old; made his debut with the Fremont Symphony Orchestra when he was 8 and was accepted into the Curtis Institute of Music in Philadelphia at age 10. Since then, he has played with orchestras in Philadelphia, Pennsylvania; North Carolina; Grand Rapids, Michigan; New Haven, Connecticut; Fort Worth, Texas; and in Tokyo. Hsu also has played in Carnegie Hall, Chicago, Denver, Los Angeles and Portland. He has won numerous awards for his music. When he is not playing the piano, Hsu enjoys programming. He contributed to the creation of Workflow, an app that allows users to automate tasks on iPhone, iPad and Apple Watch. The app won the coveted 2015 Apple Design Award.

The event is free and open to the public, but tickets must be reserved at www.peoplesbanktheatre.com. Individuals may reserve up to four tickets starting Monday, September 2nd.