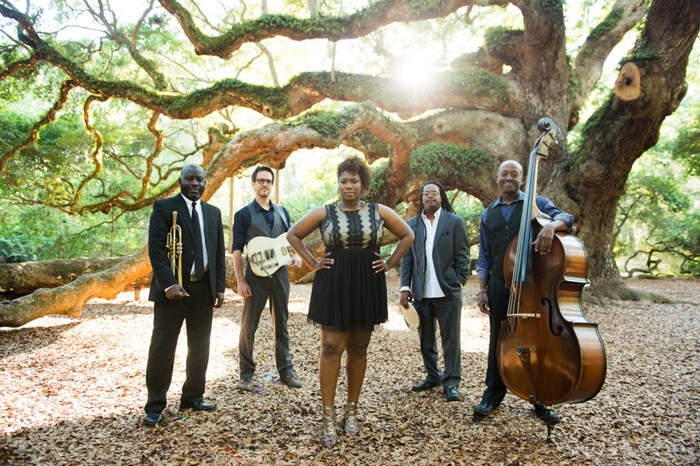 Mixing Lowcountry tradition with large doses of jazz, gospel, funk and R&B, Ranky Tranky gives true expression to its name, a Gullah phrase that translates as "work it" or "get funky." Ranky Tanky will open the 2019-20 Esbenshade Series at 3:00 p.m., Sunday, September 15th, at the Peoples Bank Theatre, 222 Putnam St.

Within months of releasing its eponymous debut album in 2017, the group had been profiled on NPR's Fresh Air with Terry Gross and the album had soared to the No. 1 spot on the Billboard, iTunes and Amazon jazz charts. Ranky Tanky plays music ranging from playful game songs to ecstatic shouts, from heartbreaking spirituals to delicate lullabies. The four core members — Quentin Baxter (drums), Kevin Hamilton (bass), Charlton Singleton (trumpet, vocals), and Clay Ross (guitar, vocals) — started as a jazz combo in 1998, fresh out of college in Charleston, South Carolina. Three of them grew up in South Carolina's Gullah country, steeped in its cuisine, lifestyle, and arts. The idea of creating a band dedicated to Gullah songs came together when they recruited Quiana Parler, an alumna of American Idol, as lead vocalist. Sourced from the early field recordings of artists such as Bessie Jones, John Davis and Laura Rivers, Ranky Tanky's contemporary interpretations have been shaped by the diverse musical backgrounds and living Gullah influences of its members — a celebration of a heartland of American music born in their own backyards.

The event is free and open to the public, but tickets must be reserved at www.peoplesbanktheatre.com. Individuals may reserve up to four tickets starting on Monday, August 5th.