Esbenshade Series: The Romeros in Concert 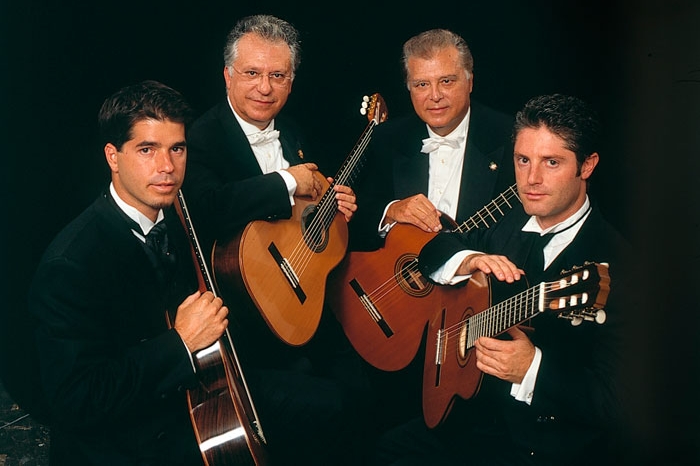 Known to millions as “The Royal Family of the Guitar,” the Romeros will perform at 7:30 p.m., Sunday, April 15th, at the Peoples Bank Theatre, 222 Putnam St. It is free and open to the public, but tickets must be picked up at the theatre or online at peoplesbanktheatre.com.

The Romeros were founded by the legendary Celedonio Romero with his sons Celin, Pepe and Angel in 1958. The Quartet went through natural transformations, and today consists of the second (Celin & Pepe) and third generations (Lito & Celino). To have so many virtuosi of the same instrument in one family is unique in the world of musical performance, and in the realm of the classical guitar it is absolutely without precedent. With a 55-year plus history, The Romeros have built an enviable discography and their achievements have not gone unnoticed. In February of 2007, The Romeros were granted The Recording Academy’s President’s Merit Award from the GRAMMYs© in honor of their artistic achievements.