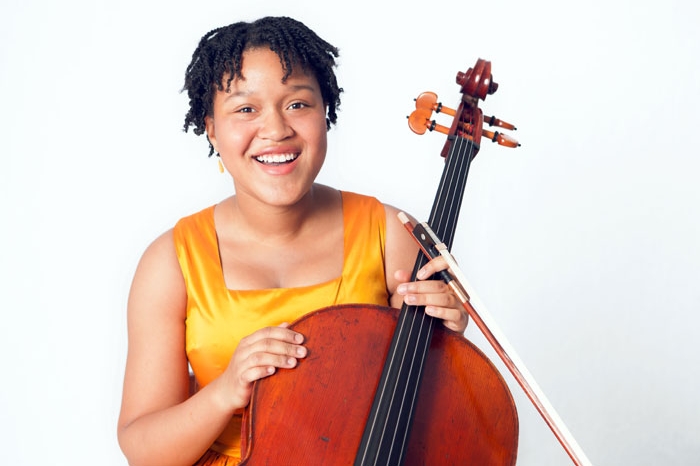 Sujari Britt, who showed her prodigious talent and uncanny devotion to and understanding of music from a very early age, will perform at 3:00 p.m., Sunday, November 12th, at the Peoples Bank Theatre, 222 Putnam St. It is free and open to the public, but tickets must be picked up at the theatre or online at peoplesbanktheatre.com.

Sujari began formal study of the cello at age 4, following her study on the violin, and piano. She is pursuing her Bachelor of Music in Cello Performance at Manhattan School of Music. Sujari is the distinguished recipient of the 2016-17 and 2015-16 Hans & Klara Bauer Scholarship at Manhattan School of Music, where she is a college senior studying with distinguished pedagogue Marion Feldman. In Fall 2017, Sujari will study at Sibelius Academy, Finland with eminent pedagogue Martti Rousi. In Spring 2016, Sujari was featured in Canada’s Neapolitan Connection Concert Series.