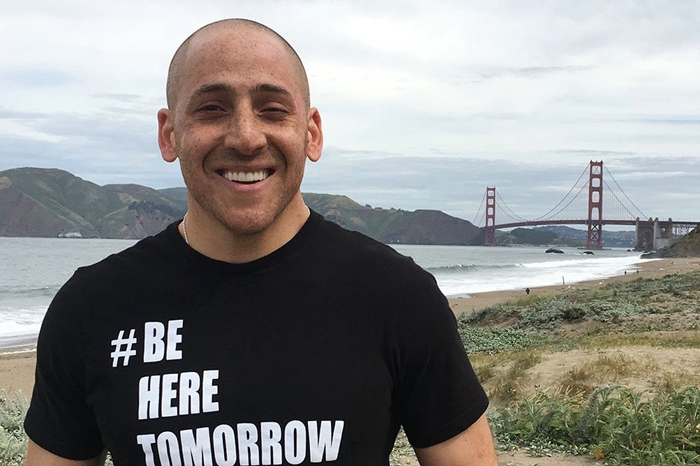 Delta Tau Delta, in conjunction with the Office of Community Living, will present a special screening of "Suicide: The Ripple Effect" at 6:00 p.m., Tuesday, December 4th, at the Anderson Hancock Planetarium. With strong endorsements from some of the world’s leading suicide prevention experts, the film has screenings planned around the world starting March 13th. "Kevin Hines’ 'Suicide: The Ripple Effect' is a marvel of inspiration, a film that should be seen by anyone who has known despair, and anyone who is or has been close to someone in a suicidal crisis," according to Dr. John Draper, National Suicide Prevention Lifeline.

The film chronicles the story of Kevin Hines, who at age 19 attempted to take his life by jumping from the Golden Gate Bridge. Since then Kevin has been on a mission to use his story to help others find recovery and stay alive and has become the world’s most prominent suicide prevention speaker and advocate. The film also features some of the world’s leading suicide prevention experts and shines a light on people who are using personal experiences with suicide to help others find the hope they need to stay alive.

There will be a follow-up to the movie screening starting at 6:00 p.m., Thursday, December 6th, at Harrison Hall, with a Q&A and discussion on the topic of mental health and wellness hosted by Marietta College's McCoy Professor of Education, Dr. William Bauer.