'The Game of Cycles' with Dr. Francis Su 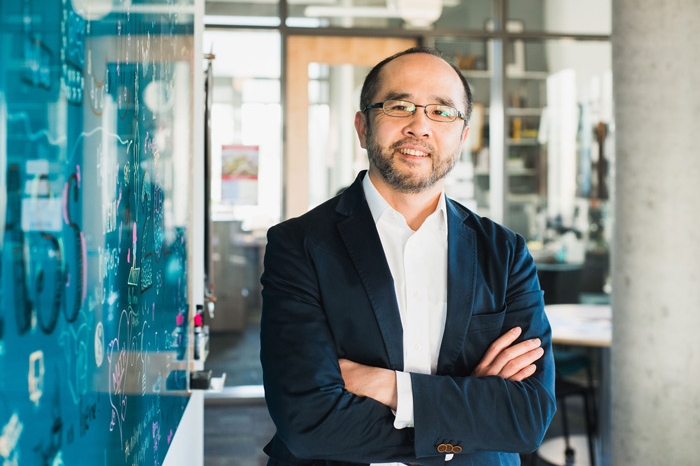 Dr. Francis Su, who is virtually visiting Marietta College as a Phi Beta Kappa Visiting Scholar, will give a presentation entitled, "The Game of Cycles" on Zoom at 7:00 p.m., Tuesday, February 16th. "The Game of Cycles," introduced in his new book, Mathematics for Human Flourishing (2020), is played on a simple connected planar graph together with its bounded cells, and players take turns marking edges with arrows according to a sink-source rule that gives the game a topological flavor. Dr. Su first started playing this game with Christopher Jackson, an incarcerated man who is a featured contributor in his book. With Jackson and several other mathematicians, they wrote a paper together about this game, and Dr. Su will share some of the things they discovered.

Su is the Benediktsson-Karwa Professor of Mathematics at Harvey Mudd College and a former president of the Mathematical Association of America. His research is in geometric combinatorics and applications to the social sciences. In 2013, he received the Haimo Award, a nationwide teaching prize for college math faculty, and in 2018 he won the Halmos-Ford writing award. His work has been featured in Quanta Magazine, Wired, and the New York Times. His book, Mathematics for Human Flourishing, winner of the 2021 Euler Book Prize, is an inclusive vision of what math is, who it’s for, and why anyone should learn it.