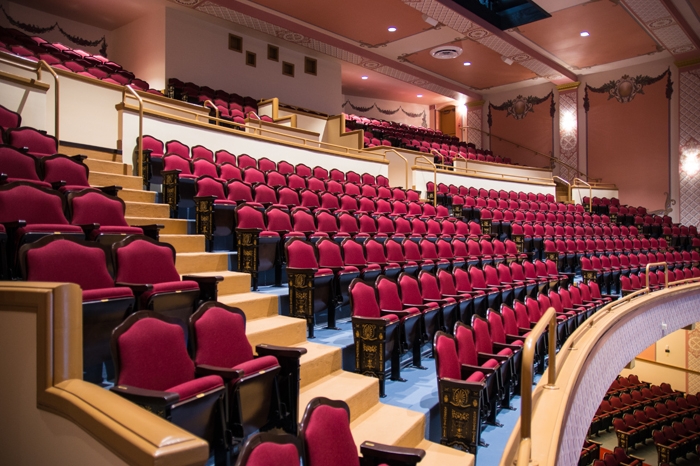 New York’s most infamous crap game organizer, Nathan Detroit, hoping for a big pay day, challenges notorious gambler Sky Masterson to a bet he’s sure he’ll win: take mission girl Sarah Brown to dinner in Havana, Cuba. Sky accepts and pursues her, seemingly hopelessly, while Nathan deals with his own situation — his 14-year fiancée, Adelaide, who’s tired of waiting for a wedding. When bets and love seem at odds, the characters are called to question their priorities to make things right.

Guys and Dolls is a sure bet that soars with the spirit of Broadway. Set in vivid, mid-20th century New York City and buoyed by a Frank Loesser score that is among the most immortal works in theater history, this American classic has been called “the perfect musical comedy.” Featuring an eclectic ensemble of high-rolling gambler “guys,” well-meaning missionary “dolls” and brassy-voiced showgirls, Guys and Dolls is a toe-tappingly fun and romantic fable about gambling men and the strong-willed women who love them.