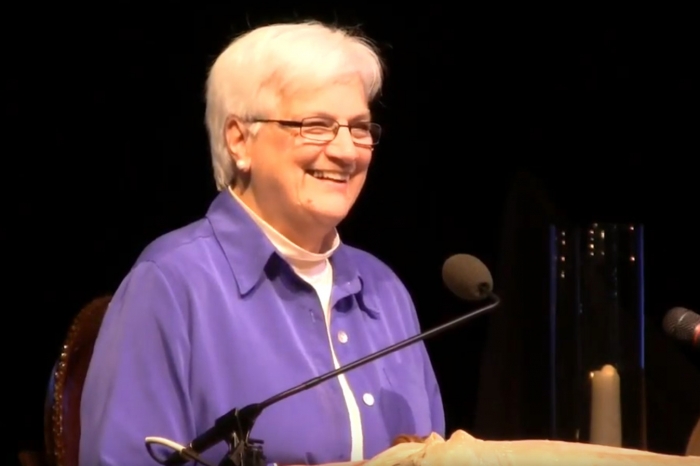 Dr. J. Mary Luti, a retired seminary professor and United Church of Christ pastor, will speak about “The Social Protest of Saint Teresa” at 7:00 p.m., Thursday, February 20th, at Marietta College. Luti’s presentation, which is free and open to the public, will be held in the Alma McDonough Auditorium.

Teresa of Avila was a Catholic nun who founded the order of the Discalced Carmelites in 16th-century Spain. A Christian mystic and spiritual teacher, her writings on prayer are considered devotional classics. She was also, according to her biographer Luti, “a reformer of institutions.”

“During the last 30 years of her life,” Luti said, “despite constant threats from powerful critics, she established more than a dozen communities throughout Spain for women and men seeking a coherent spiritual life. Throughout this period, her writings, plans, and decisions reveal her also as a courageous social critic. Directly and indirectly, she rejected the deadly preoccupation with gender, status, honor, and blood that defined and distorted her world. In a society organized for repression of ‘the other,’ she risked her reputation, and her health, to carry out a project centered on the human Jesus, who by becoming ‘other’ himself, stands against all distinctions of race, class, gender, and wealth.”