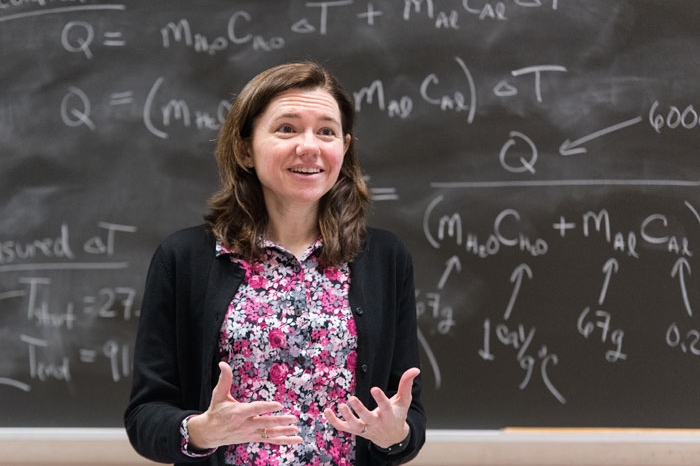 Dr. Ann Bragg, Associate Professor of Astronomy, will be delivering the first Unherald Women's Wednesday program at noon, Wednesday, October 2nd, in Bartlett 166. She will be speaking about Henrietta Swan Leavitt, whose work with variable stars laid the critical groundwork for later advances such as the first accurate measurements of the size of the Milky Way Galaxy and the discovery of Hubble’s Law, which was itself the first evidence for the Big Bang model of cosmology. Bragg says in the early 20th century, numerous college-educated women were employed by the Harvard College Observatory to work with the “big data” of their day — astronomical surveys consisting of images and spectra of hundreds of thousands of stars recorded on glass photographic plates. While few of these women went on to earn advanced degrees, their knowledge of astronomy was exceptional.  Some of their discoveries were foundational and are still crucial to astronomical research today.