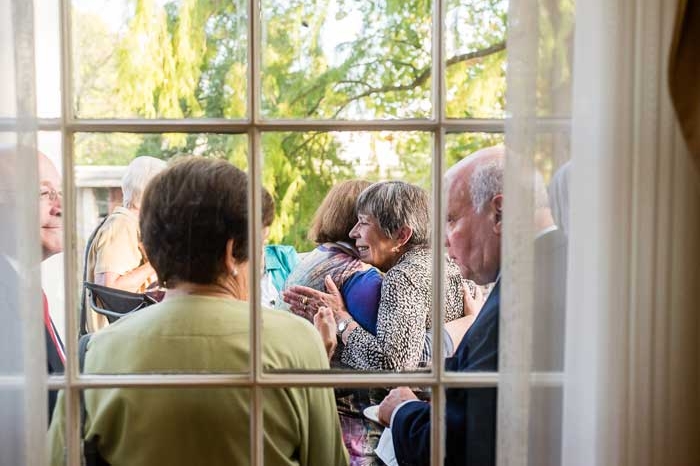 With ideal weather and a record number of people registered for events (627), Marietta College’s 2016 Homecoming weekend was a huge success.

Many alumni and friends of the College returned to campus a little early as they either participated in or wanted to witness the inauguration of Dr. William N. Ruud as Marietta’s 19th president.

The Class of 1966 was celebrating its Golden Reunion and the alumni and their friends had plenty of things to keep them busy, including wine and cheese with the President and special dinner in the Andrews Hall Great Room. The class, which had 80 people in attendance, presented President Ruud with a class gift of $74,100.59 toward The Marietta Fund, and they won the Reunion Cup for highest class participation.

“We want to thank everyone who participated in homecoming to make it one of the best in recent memory,” said Brandee Norris, Executive Director of Annual Giving and Alumni Engagement. “We are going to look at some ways we can improve the overall homecoming experience for next year and we hope to keep moving closer to the magic number of 1,000 alumni who register for homecoming.”

Another highlight for the weekend was the outstanding performance of every athlete competing for the Pioneers. Every Marietta team either won or tied over the weekend, including a rousing 66-23 win over Wilmington in football.

While the weekend officially kicks off on Friday, the annual Art Fordham Pig Roast unofficially got things started at the Harmar Tavern on Thursday.