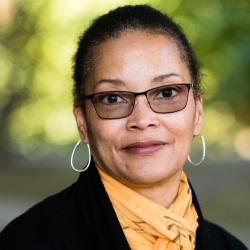 Angela Stevens began her career at Marietta College in August of 2004 as a part-time secretary for the Honors Program. Angela has worked in several departments, including as a clerk in the Records Office as well as an administrative assistant for the Departments of English and Modern Languages. Angela now holds the position of executive coordinator under the direction of Provost and Dean of Faculty, Dr. Janet Bland.