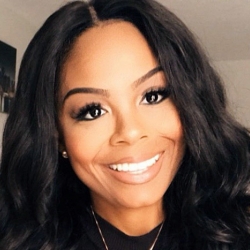 Ariel M. Ross was born and raised in the greater Cleveland, Ohio, area in December of 1989. After graduating high school in 2008 she attended Marietta College to pursue her passion in Broadcast Media after deciding she wanted to become a news anchor. Ariel graduated with a bachelor’s degree in Broadcast Communications with a minor in Religious Studies in the spring of 2013.

Following graduation, she then enlisted in the United States Air Force as an airman first class and served briefly before returning to Cleveland to undergo treatment for cancer at Cleveland Clinic. After battling and beating the disease Ariel applied to the Ohio State Highway Patrol where she was selected to attend a six-month paramilitary training academy in Columbus Ohio. After graduating the academy, she was stationed at the Elyria Post 47 in which she serves and protects the entire county of Lorain, Ohio. Ariel aspires to one day work for a federal agency. Her passion includes working with victims of human trafficking and enforcing seatbelt safety and awareness