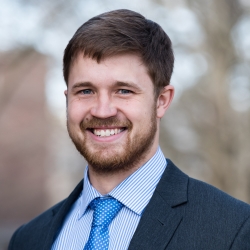 Ben Federici joined the Marietta College soccer program in 2016 as an assistant coach. In his first three years with the Pioneers, Federici has helped coach Joe Bergin compile three winning seasons in a row. That is the second time in school history and the first time since 1984. In 2017, the team finished the season ranked seventh in the Great Lakes Region by the NCAA.

Working primarily with the defense, Federici helped the team set a new school record for consecutive minutes without allowing a goal at 472. The team also set the school record for shutouts in a season with nine. Off the field, Federici has been able to make connections internationally bringing three student-athletes to Marietta from the United Kingdom for the 2018 season.

Federici came to Marietta after serving the previous three years as an assistant men’s soccer coach at the University of Findlay, an NCAA Division II member of the Great Lakes Intercollegiate Athletic Conference at the time. While there, he helped coach the team to its first winning record in 12 years. The team also recorded five wins over teams ranked in the Top 25.

In addition to his coaching duties, Federici also served as the liaison between the athletic department and the admission office for the Oilers. A four-year varsity letter winner at Marietta, Federici started 36 matches on the Pioneer backline. He tallied two career goals including the game-winner in Marietta's 1-0 victory over Otterbein in 2011. Federici started all but one match his junior season and was named second team All-Ohio Athletic Conference as a defender. After suffering a career-ending injury early in the 2012 season, he finished the year as a student-assistant coach. Federici graduated from Marietta College in 2013 with a Bachelor of Arts Degree in Journalism and earned his Master’s of Business Administration Degree at the University of Findlay.