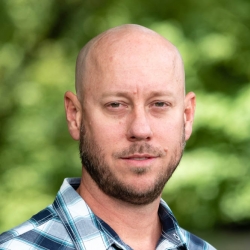 Christopher Schletter is an international conductor and performer as well as an accomplished music educator.  He has most recently performed with and conducted the American Chamber Winds during a European tour the summer of 2017.

Christopher received a Master in Music for Instrumental Conducting under the teachings and guidance of Dr. Kyle Prescott from Florida Atlantic University.   During his time at FAU, he conducted the Wind Ensemble and Symphony Band, instructed the FAU Owls Marching Band also assisting with show design with his own arrangements and drill writing, culminating in producing the 2015 Homecoming halftime show. In addition, he received the Florida Atlantic University 2015-2016 Graduate Fellowship for Academic Excellence. He is currently working toward his Ph.D. in Music Education with an emphasis in Instrumental Conducting studying with Dr. William Bauer and Dr. David Waybright at the University of Florida.

After receiving his Bachelor of Music Education from the University of South Florida, in 2000 Christopher performed for two years with the Broadway show Blast!  He performed with the company in various cities throughout the U.S. and Europe including Boston, Chicago, Detroit, Washington, D.C., on Broadway in New York, Disney Land in California, as well as London and Zurich.  Eventually, Christopher left the cast to pursue his career in music education and was appointed his first position as Director of Bands at Charles W. Flanagan High School in the Spring of 2003.  After growing as a director for three years Mr. Schletter made his move to Cooper City High School in the Fall of 2006. There the band program elevated to levels of excellence not yet experienced by Cooper City, receiving many awards and recognitions including Florida State Marching Band Class 4A Champions, multiple-year recipient of the FBA Otto J. Kraushaur award, and performed at the Band of America/Music for All National Concert Band Festival in Indianapolis.

Christopher is a graduate of Seminole High School in Seminole, Florida. He also participated as a member of the Cadets of Bergen County Drum and Bugle Corps and was a brass instructor with drum corps such as Carolina Crown, Magic of Orlando, Boston Crusaders, and Glassmen.

Christopher Schletter, a continuing student and teacher of music, has cultivated a deep and knowledgeable passion for music education, conducting and arranging. He is driven by the sentiment that there is never a lack of new ways to influence and improve the process of music education through leadership skills, building long-term goals, providing an effective process by which to achieve, as well as providing an encouraging a sense of personal aspiration towards greatness. The idea that when we are apart of something greater than ourselves, we then begin to make a difference. Christopher aims to further develop and advance the methods by which we prepare those who teach the exceptional discipline of music.