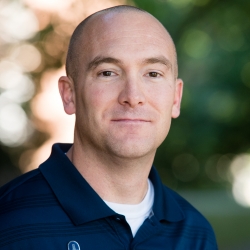 Dash McNeal joined Marietta College in 2012 as the Director of Athletic Facilities and Recreation Programming. He was promoted to his current position of Assistant Athletics Director for Facilities and Recreation prior to the 2018-2019 school year. In the summer of 2018, McNeal oversaw the renovation of the Dyson Baudo Recreation Center weight room, which was its first renovation since 2002. In addition to the renovations of the DBRC and the McCoy weight room, he also helped to rewrite the policies and procedures for the Rec Center. McNeal implemented security procedures, a risk management policy, and an emergency action plan for the DBRC.

His career began at University of Vermont as Coordinator of Intramural Sports, where he was responsible for a sports program catering to 12,000 students. McNeal then spent seven years at Winston Salem State University as the Director of Campus Recreation prior to coming to Marietta.

McNeal earned his Master's degree in Recreation and Sports Science from Ohio University and a Bachelor's degree in Sport Management from Baldwin Wallace University. He was a four year member of the Yellow Jackets track and field team, as well as a national qualifier in 2003. McNeal resides in Marietta with his wife, Ashlee, and three kids: Kipplyn, Krew, and Krome.