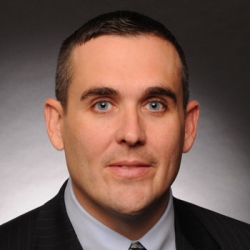 Prior to Hilcorp, Mr. Rebrook was with GE Capital for three years, as Senior Vice President, Oil & Gas. Prior to GE, he had 10 years with Chevron, both domestic (California and Louisiana) and international. Mr. Rebrook has 20 years of in depth upstream experience.

Mr. Rebrook holds a Bachelor of Science in Petroleum Engineering with Honors from Marietta College and a Masters of Business Administration from Duke University’s Fuqua School of Business. He currently serves on the Board of Trustees for Marietta College and Hilcorp Energy Company. He is a member of Duke University’s Energy Task Force, Society of Petroleum Engineers, Independent Petroleum Association of America, and Greater Houston Partnership.