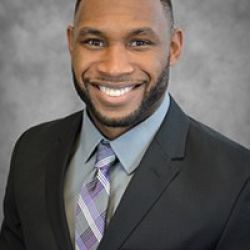 Jayson Nickson joined the Marietta College football coaching staff in the Fall of 2018 as the defensive backs coach. Nickson comes to Marietta after serving as an assistant coach at the University of Findlay, an NCAA Division II member of the Great Midwest Athletic Conference, for the previous two years. Nickson coached the Oiler safeties and helped Findlay to a 10-3 record and an appearance in the NCAA playoffs in 2017. In addition to his responsibilities with the safeties, Nickson managed all game film for the Oilers and ran the scout team. In his two seasons, he coached a pair of all-conference honorees and one 2017 All-American.

A native of Erie, Pennsylvania, Nickson was a four-year starter in the defensive backfield at Slippery Rock University. He served as a team captain his senior season and ranks sixth all-time with 159 career tackles for The Rock. Following his graduation, Nickson played three seasons for the Erie Explosion in the Continental Indoor Football League. He helped the Explosion win back-to-back CIFL championships in 2013 and 2014 while earning All-Conference honors at defensive back in 2014.