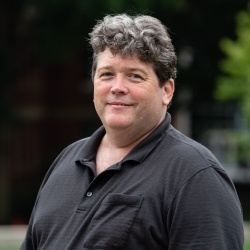 He arrived at Marietta in the fall of 2001 after teaching one year at Santa Clara (Calif.) University. In the summer of 2004, he received a Professional Improvement Grant to research and draft a monograph entitled Shakespeare in Hindsight; Or, What You Willed.

Dr. Sullivan was granted tenure and promoted to associate professor in the fall of 2006.