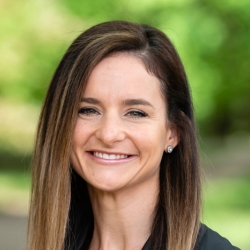 Maggie Miller joined the Marietta College women's basketball program as an assistant coach during the 2017-18 season.

She came to Marietta after spending two seasons as an assistant coach at Earlham College in Richmond, Indiana. Miller was responsible for breaking down game film and creating scouting reports on the Quaker opponents. In addition, she served as the head junior varsity coach and recruiting coordinator.

Prior to Earlham, Miller served two years as a graduate assistant for facilities marketing and event management at Defiance College. She also served as a volunteer assistant coach with the Yellow Jacket women’s basketball team during the 2014-15 season.

The Salem, Ohio, native played collegiately at the University of Mount Union, helping the Purple Raiders to three Ohio Athletic Conference titles and three appearances in the NCAA Tournament. Miller’s class finished as the winningest in program history with a 100-18 career record.