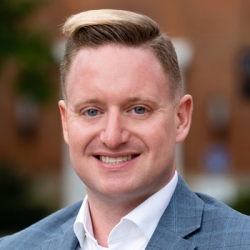 Michael Joliat is the driving force behind Tailoj Marketing, a boutique agency specializing in helping small and medium-sized businesses expand their reach and boost sales performance. Founded in 2008, Tailoj has clients in a broad array of industries but specializes in the consumer/retail industry, concentrating on the secondary ticket market.

Joliat began his career on the agency side of the marketing spectrum as an account executive for BrandMuscle in Cleveland, Ohio. Following his time at BrandMuscle, he moved to the client-side, working as the Director of Marketing for Select-A-Ticket, a ticket reseller, and then as the Marketing Director for MediaTree, a promotional products company located in the greater New York area.