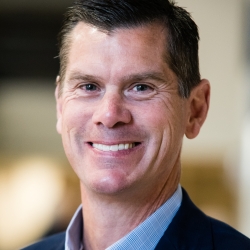 Prior to joining Carrick Capital Partners in September 2016, Mike was group chief executive of Accenture Operations - one of Accenture’s five businesses with more than $7 billion in annual net revenues and more than 100,000 people globally. As group chief executive, Mike led a team of both consulting and outsourcing professionals focused on providing business process outsourcing (BPO), infrastructure, security, and cloud services, delivering business value and driving productivity/digital improvements for clients. In addition, Mike served as a member of Accenture’s Global Management Committee and represented Accenture on the Board of Avanade – a $2bn, 29,000 people joint venture between Microsoft and Accenture focused on providing innovative digital services, business solutions and design-led experiences that leverage the Microsoft ecosystem.

Under Mike’s leadership, Accenture received many accolades and was consistently recognized by industry analysts and influencers as a market leader in operations. In 2014, Mike was inducted into the International Association of Outsourcing Professionals (IAOP) Outsourcing Hall of Fame.

In the early part of his career, Mike also held senior leadership positions at a number of start-up and publicly traded companies such as the HR BPO pioneer Exult, where he was President of Americas region and subsequently at Hewitt, where he was the Global Sales and Accounts Co-Leader for their HR Outsourcing Group.