MCAA Board (Chair of the Development Committee) — Class of 1977 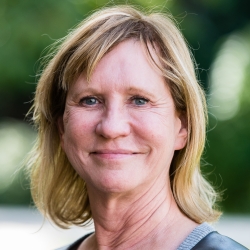 Patty Bain Bachner founded The Boarder Baby Project in 1990.  Her work began as a diaper drive to help DC inner city hospitals deal with abandoned, crack-addicted babies. This effort morphed into a full-fledged, medically staffed transitional home where the babies received the therapy they needed until they could be adopted into loving homes.  She served as Executive Director for ten years.

Patty has been active in other non-profits for nearly thirty years.  She has served as the Executive Director of the Mid-Atlantic Chapter of the Tourette’s Association, the Executive Director of the Maryland Center for Assault Prevention, and is currently the Director of the Engineers’ Leadership Foundation’s Engineering Better Readers program, an incentive-based reading program in four pilots based in underperforming schools.   Patty is also a Board member of the Potomac Valley Audubon Society, and active in the Contemporary American Theatre Foundation.

She has been named Marietta College Alumna of the Year; received the Anheuser-Busch International Salute Award; was named Hadassah Woman of the Year; D.C. General Hospital Volunteer of the Year; nominated to the Points of Light Foundation; and was recognized by the U.S. Navy for Distinguished Civilian Service.

Patty has been married to John Bachner for twenty years.  She has a son, Trevor and a daughter, Corey Jean.  Both graduated from Marietta.  She lives with two dogs (One, a very bad Boston Terrier), a cat, and Timeth Grey parrot in Shepherdstown, WV.