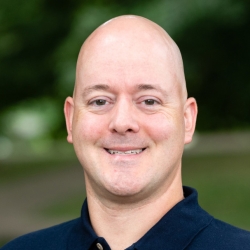 Born and raised in Northeast Ohio, Robert Marias received his bachelor's degree in History from Villanova University and has worked with fraternities and sororities at North Carolina State, Kent State, the University of Akron, Kettering University, and Radford University. Robert joined the Marietta family in June of 2017 and brought over a decade of experience as a campus-based professional to the office of Campus Involvement in Student Life.