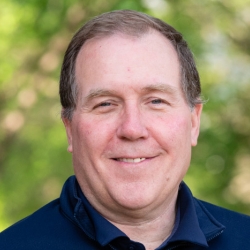 Scot Schaeffer, who has more than 35 years of experience in higher education enrollment and financial aid, is Marietta College's Vice President of Enrollment Management. He oversees the Admission Office and the Office of Student Financial Services. He is also responsible for meeting the enrollment and net tuition revenue goals for the College. Prior to joining Marietta, Scot served as the Vice President for Enrollment Management at Luther College in Decorah, Iowa, since July 2007. During that stretch, he has led an enrollment team that has increased applications by 92 percent and diversity enrollment by 40 percent over 11 years.

During his time at Luther, Schaeffer implemented numerous successful initiatives, including an alumni recruitment and scholarship program and a redesigned visit program that increased visits. Prior to Luther, Schaeffer was the Director of Admissions and Financial Aid at the University of North Carolina-Asheville from June 2002 to June 2007. He helped increase freshman enrollment 63 percent over a two-year period and coordinated the creation of a new series of recruitment publications.

Schaeffer’s undergraduate degree is a Bachelor of Science in Commerce, and he earned a master’s degree in Organizational Leadership and Quality from Marian University in Fond du Lac, Wisconsin.