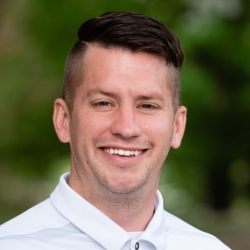 Sean Kaighin, who served one season as an assistant coach, is Marietta College's ninth head coach in the women's soccer program history. He served as interim head coach for the three months prior to being named head coach, during which time he oversaw recruiting and strength and conditioning training. Prior to Marietta, Kaighin served as an assistant women’s coach at Lourdes University in the spring of 2018. He was the Director of Coaching for the boys and girls youth teams at Pacesetter Soccer for three years. Kaighin was responsible for 18 youth teams and the skill development of more than 500 athletes.

A native of Oregon, Ohio, Kaighin played collegiately at Owens Community College where he earned NJCAA Superior Academic All-American honors. He received an Associate’s Degree in Adolescent Education in 2013. He completed a Bachelor of Arts degree in Interdisciplinary Studies with a concentration on Youth from the University of Toledo in 2015. Kaighin holds numerous coaching accreditations, including a United Soccer Coaches Level 1 Goalkeeping Diploma and Advanced National Diploma.

Kaighin was presented with the Marietta College Staff Award for Mentoring at the College’s 2019 Founders Day Celebration.